The best time to visit Morocco

When is the best time to visit Morocco? Our 2021 destination shares an overview.

Morocco stretches from the Mediterranean coast to the dunes of the Sahara, with lots of varied geography in between. As a result, climate and weather vary greatly depending on where you spend your time.

Moroccan weather can be unpredictable from October through February and can vary from one year to the next, some winters are moderate and others are wet and cold. Although you may encounter rain, the odds of this are greatest between November and February. 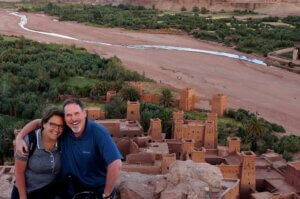 Generally, the months April, May, October and early November are best times to visit Morocco for a more comfortable, temperate climate-one that may be easier for you to manoeuvre around from day to day. It is during this period that tourists can take part in many of the country’s biggest celebrations. The Marathon Des Sables, the world’s toughest foot race, takes place in April in the Sahara Desert for example.

Summer temperatures are high from June to early September. Most of the desert camps in the south are closed during the summer, as the heat can be unbearable. Although Marrakesh is usually the first stop for culture travellers, Casablanca, Morocco’s largest city, and Rabat, the capital, use this coastal positions and beaches, which are much cooler, to draw in huge numbers every year. 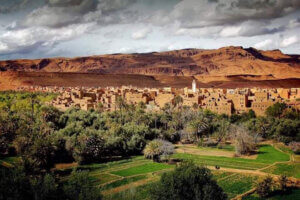 In general, the north and north-west have more of a Mediterranean climate. Central or inland Morocco is usually always warm and arid with temperatures often reaching into the high 90s. The climate feeds into the west Saharan coast in the south-west with temperatures ranging around 70-80° F All year-round.

When it comes to dressing, remember that Morocco is still predominantly Islamic even if it has a more relaxed atmosphere than some of its neighbours. This means that as a foreigner you are not expected to adopt the local dress but doing so tends to show more respect. Think about where you are and where you are travelling to before dressing. If it is a central city like Casablanca or Marrakesh, western clothing is perfectly fine as long as it is smart but of course, if you journey into the desert or up into the highlands or faraway rural village, you may need to reconsider your choice of apparel. 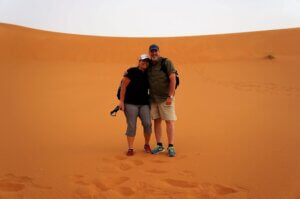