11 things to know before Visiting Morocco

11 Things to Know before visiting Morocco

what are the important things to know before visiting Morocco?

In this article, I’ll explain the interesting tips you should know before visiting Morocco. Moreover, I’ll give you travel advice that can help you on your trip to morocco.

Morocco’s large history and landscapes attract people all over the world to visit this interesting country, to explore the Berber culture, Imperial cities, and the desert dunes.

Here are things to know before visiting Morocco. These tips will help you make the best of your adventure!

There are two official languages in Morocco – Arabic, and Berber. It can be useful to learn some very basic Arabic words and phrases just to help you assimilate with the locals.

French is a Much more useful language to know. While it’s not an official language, it is the lingua franca. You’ll see french written pretty much everywhere and almost everyone understands it to some extent.

In touristy and cities, there is a sporadic understanding of English. Generally, comprehension of English increases as the number of tourists increases. That said, with the exception of tours guides and staff in hotels or riads, you shouldn’t expect locals to understand English and you should instead attempt to communicate in french. 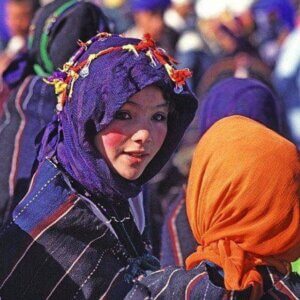 2- The currency in Morocco

get ready cause there are a few things you should know about currency in Morocco. The currency in Morocco is the Dirham, you can only get dirhams in Morocco and in select airports, if you want to be prepared to get to a country, then you’re probably looking to get some Dirham before getting to Morocco. But don’t worry about not finding them anywhere before your trip, it’s normal. 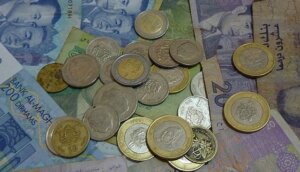 Navigating Morocco using taxis and public transport does require some research prior the arriving. Both may operate very differently from the ways you’re used to.

Taxi in Morocco, the taxi system may be a little different from what you’re used to. For starters, there are two different types of taxis:

Petit Taxis operate strictly within town/city limits. They can be hailed at the curb or hired at designated ranks. In most cases, Petit Taxis are fitted with meters, but it depends on which town you’re in and who your driver is as to whether it’s used.

While petit taxis stay within city limits, Grand Taxis travel wide and can transport you from city to city at a very reasonable cost. In almost all cases, Grand Taxis start and end their journeys at preset places and have fixed pricing.

There are two ways to hire grand taxis – you can hire a whole taxi for yourself or you can share a taxi with other passengers who are going to the same places as you. 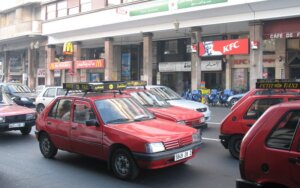 When it comes to weather, Morocco isn’t as easy to pack for as you might think? Generally, temperatures in Simmer are hot, sometimes unbearably so. If however, you’re spending the night in the desert, it’s worth noting that nighttime temperatures can plummet even in the height of Summer. You’ll want to be prepared for this to avoid shivering all night.

In winter, temperatures can fluctuate dramatically between morning and midday and then after dusk. Morning and evening temperatures even in city centers hovered around zero Celsius. 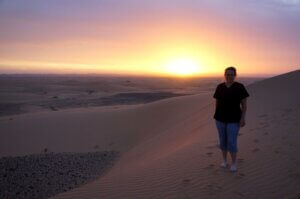 If you’re anything like us, you’ll find having a local sim card on your mobile phone useful. In Morocco, there are three networks Orange, Maroc Telecom, and Inwi they all provide similar services at very similar prices. 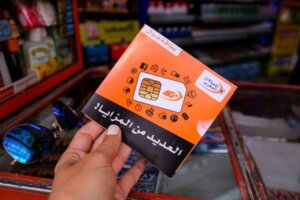 One of the Highlights of visiting Morocco is the opportunity to stay in riads or Dars. Riads come originally from the world Rawda which means PARADAYS.In general, are large traditional Moroccan houses and sometimes former places. They all have a central courtyard inside which is a water feature and they are often lavishly decorated in an unmistakable Moroccan style.

The quality of the accommodation and service at Moroccan riads is normally second to none and with rates being considerably lower than you might expect. We highly recommend you stay in riads during your trip. 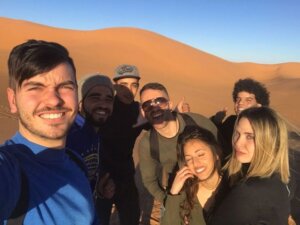 7- The drinking water is safe … but for locals

The locals have no problem drinking the water in Morocco. They drink it straight from the tap, but it’s different for travelers.

The tap water is actually safe when it comes to eating fruits and salads washed in it, or even for brushing your teeth. However, drinking tap water is not advisable. you’ll have to resort to buying tons of plastic bottles because it gets crazy hot in Morocco. 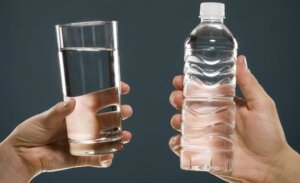 Anyone planning to go on a no-carb diet should hold off until they leave Morocco. Bread or khubz in Arabic is a daily part of life here and is a large portion of every breakfast, lunch, and dinner. It often replaces silverware in that essentially scoop your food with it!. 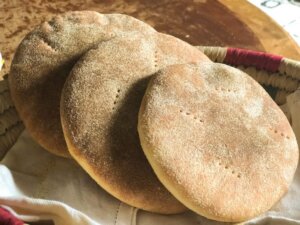 Moroccan’s are mint tea drink lovers, we can have the tea every time, morning, evening, and by night also.

Moroccan’s will constantly be inviting you in for their special mint tea or Berber whiskey, and it is addicting! Every time you will arrive at the hotel they will give you a very delicious sugar mint tea.

Accept the fact that while you are in the medinas of Marrakech or fez you will get lost. The old medinas are an intricate maze that not even Google Maps can detect. Your best bet is to just let it happen, get lost, and enjoy what you find. It’s not a matter of it. 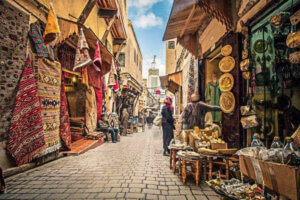 Public toilets and toilets in private ho, es and some restaurants/cafes might only have squat toilets. It really does depend on the place you’re in-you can kind of tell by the fell of the places.

One thing that’s consistent is that toilet paper in public toilets is usually not provided. Occasionally, toilet attendants who you will need to tip at least 2 MAD will offer toilet paper to you. In case this doesn’t happen though, you should be prepared and take a pack of tissues in with you. 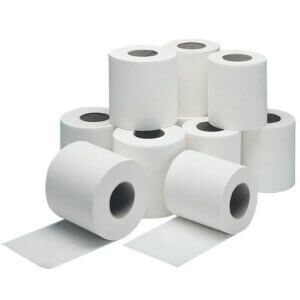